Yesterday I was not happy that Teddy Roosevelt won the Presidents’ race at the last Nationals’ home game of the season. But that disillusionment about presidential races dissipated by 10:30 p.m. last night. That was when the first 2012 Presidential debate ended, and Mitt Romney came out the clear winner—even by MSNBC standards—over President Obama. Despite the way some pundits are trying to downplay the Republican candidate’s victory, Romney took a giant step closer to winning THE Presidential race—the most important election that this country has faced in the lifetime of any living person (if not ever). 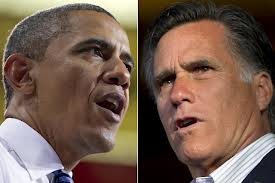 The contrast between Obama and Romney last night could not have been clearer. Romney was prepared, to say the least. Obama clearly was not, and he appeared to not want to be there. There was something very odd about Obama’s face. He looked thin and haggard, he used “uhs” and “”ums,” he looked down, he smirked and shook his head. Every now and then he tried to look relaxed by breaking into a huge grin – the Cheshire cat came immediately to mind. Romney was Presidential, poised and personable. Obama was confused, confounded, and clueless.

Pundits are saying that Romney delivered no “zingers” last night. They seem to discount Romney’s win for the lack of clear sound-bites. But I think that is the best part of it. If Romney had delivered some type of knockout punch, liberals would have jumped on it and skewered him for being disrespectful or un-Presidential. As it is, Romney just hit Obama with steady punches in the form of cold hard facts about what the devastation that Obama has caused to this country’s economy over the last four years. Proof that the truth will always set you free!

I was texting with my youngest sister through much of the debate. Like me, she is passionate about this election and the dire consequences that it will have on the country. Toward the end of the debate Romney said that on the day after he is elected he will sit down with Democrat and Republican leaders and discuss the issues. Obama then made a snarky remark about how Romney was going to be busy on his first day as president because he has also said before that he would also repeal Obamacare on Day 1. Here is Obama's exact quote: "Well, first of all, I think Governor Romney's going to have a busy first day, because he'll repeal Obamacare, which will not be very popular among Democrats as you're sitting down with them." My sister texted me: "R should say 'yes i AM going to be busy on my first day and get it done because I won't be golfing or vacationing in Hawaii!'" Amen to that!

Drudge’s headlines and pictures this morning tell the story. 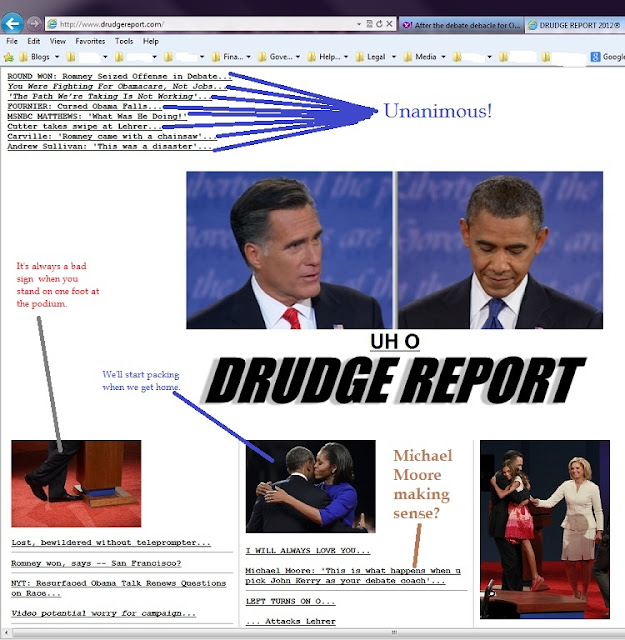 And Breitbart has a terrific headline, picture and lead-in by Joel B. Pollack:


Halfway through, they should have stopped the fight. Gov. Mitt Romney eviscerated a staggering and bewildered President Barack Obama tonight in one of the most lopsided presidential debates in American history. Throughout the debate, which focused on domestic policy, Obama looked shaken, rarely looking at the camera, reciting old talking points and filibustering as Romney gave a master class at the University of Denver. 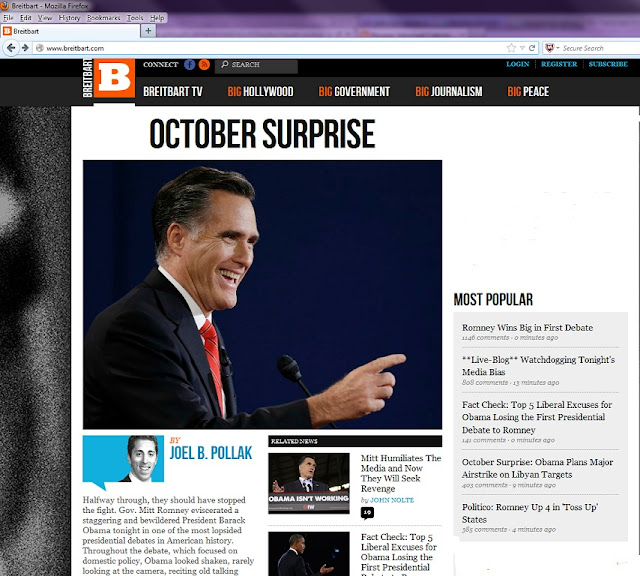 Last night Obama fell back on his legislative tactics. He voted “present” but had nothing else to offer. Eastwooding represents the empty chair in the White House... 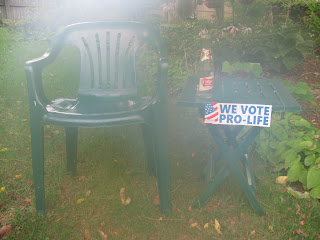 ... and now the empty podium. Obama failed to show up last night.

If last night was a Dancing with the Stars episode, Obama was dancing freestyle—badly—and Romney was dancing the paso doble—amazingly! 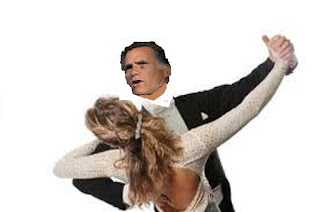 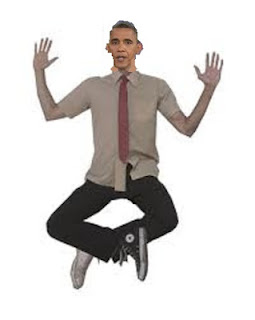 So, the presidential race winner that I want to see in the very near future is not Teddy, but Mitt. 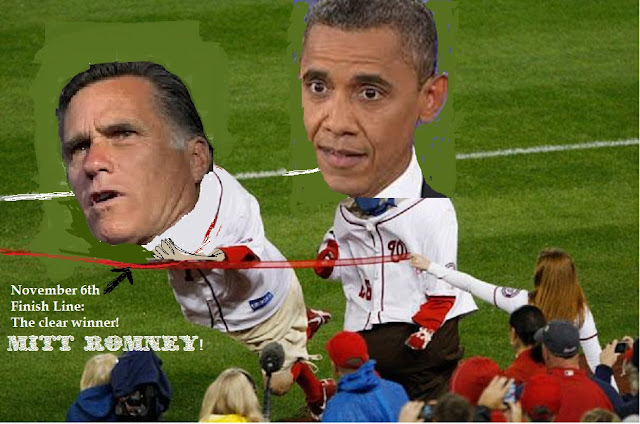 One down and three to go!
I can't wait to see Ryan take on Biden next week!
UPDATE: Great coverage at UK Daily Mail Online website:
http://bit.ly/PTRMDm
and
http://bit.ly/RCzgBF

Posted by Informed Catholic Voter at 11:44 AM