Sadly, Hurricane Sandy paralyzed our area and the entire upper East coast of the U.S. and left over 30 people dead. We were without electricity in our neighborhood until after 1:00 this afternoon. When the power came back up and we were able to turn the TV on again, the full impact of the hurricane was apparent. One of the first images I saw that struck me was on one of the local networks, and it was a house that is only a few blocks from my own. Here is the house at it appears on Google. 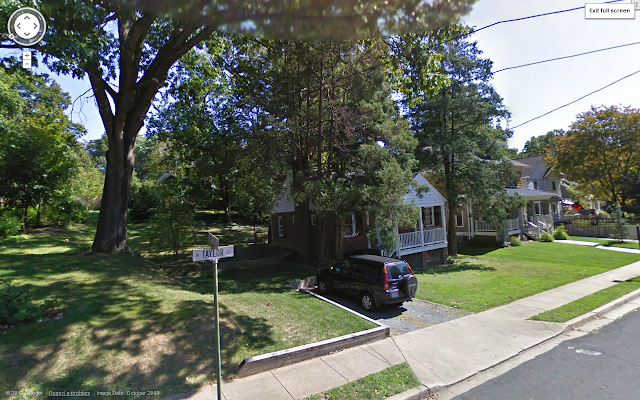 And here is the house at it appeared at 3:15 this afternoon. 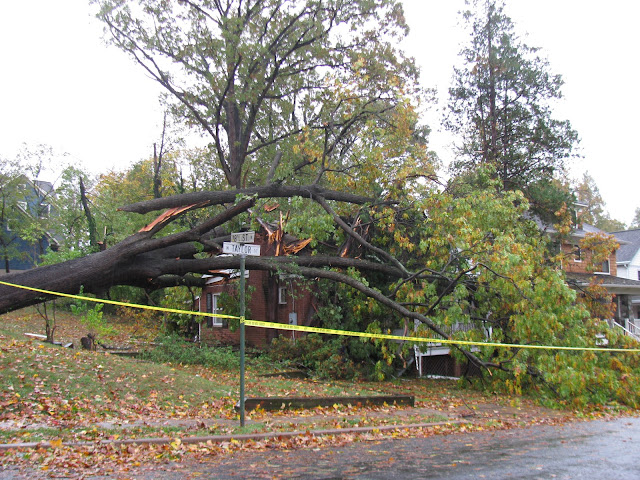 The tree uprooted and fell onto the house. The vehicle in the Google image was not there, so I hope this means it was not there when the tree fell. And I hope that no one inside the house was injured.

When I drove by and saw that devastation just a few bock away, I could not help but think, "There but for the grace of God go I." It could easily have been my house, my yard, my tree. I took this snapshot yesterday as the wind blew so strongly that it made the windsocks stand straight out, parallel to the ground, for sustained periods of time. 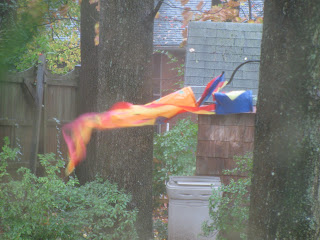 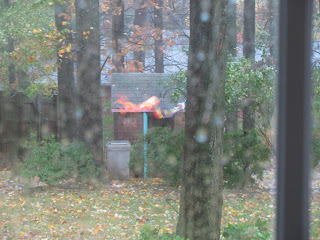 We only lost a few small branches, mere twigs in comparison to the monstrous losses that others sustained. I am grateful to God for protecting my family, our house, and all those in Northern Virginia. We were lucky. And we should all be grateful.