More on Voter Fraud in Virginia

The story and video yesterday of Pat Moran that infuriated me is not an isolated Virginia voter fraud allegation. I just found additional articles of fraud alleged last week (while I was out of the state on business) against a voter registration firm that has contracted with REPUBLICANS in the state to do voter registration drives. The description of the organization, Strategic Allied Consulting, is very ACORN-like, which is disturbing.

According to one story, an employee of a subcontractor of Allied (whose contract had been terminated by Republicans, but this employee of the subcontractor stayed on) was spotted throwing a garbage bag into a recycling dumpster. The bag contained 8 completed voter registration cards. A good Samaritan --the owner of the dumpster--discovered the discarded registration cards. This happened in Rockingham County, Virginia. 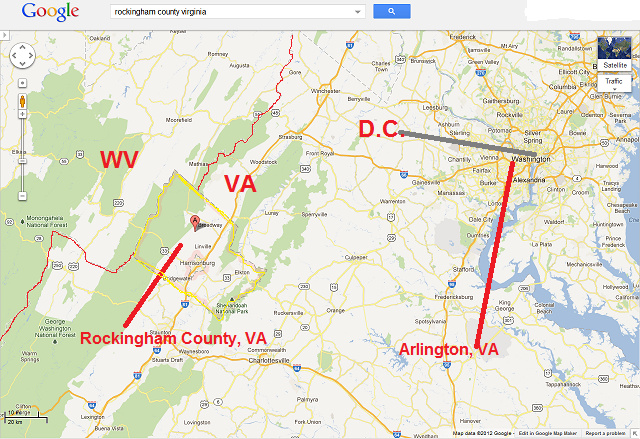 There is NO excuse for such flagrant violation of the law. Indeed, Virginia Congressman Jim Moran was among the three Virgina Congressmen who called on U.S. Attorney General Eric Holder to launch an investigation into Allied. Yesterday Virginia Election officials also called for an investigation, seemingly about the same time that I was writing my emails to the Arlington Board of Elections and the Arlington Commonwealth Attorney. Here is an excerpt from a report in the Washington Examiner from 6:00 ET last night:


Shortly after Moran and the other Democrats called for a federal investigation of the Republican-affiliated consultant, a conservative group headed by activist James O'Keefe released a video of Moran's son, Patrick, discussing a scheme to commit voter fraud. 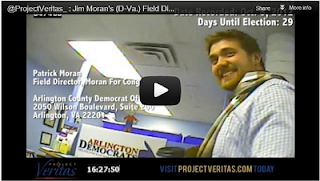 In the video, Patrick Moran is approached by a man claiming to have the names of 100 Virginia residents who are registered to vote but unlikely to do so. The man, who is holding a hidden camera, asks Moran how he can cast votes for those Virginians.

Moran encourages the man to focus his time on legitimate get-out-the-vote efforts. But he also tells the man to forge utility bills with the names and addresses of the 100 Virginians and use those documents as a form of voter ID when casting votes in their name.

"So, if they just have the utility bill or bank statement -- bank statement would obviously be tough -- but faking a utility bill would be easy enough," Moran says in the video.
Patrick Moran, the field director for his father's re-election campaign, announced his resignation just hours after the video was released.

Naturally this morning the television news reporters in our local area are defending Patrick Moran, despite his resignation. They said he was just playing along with the undercover operative and was not at all supportive of the man's plans to illegally vote for 100 people. They were dismissive of Moran giving explicit advice on how to forge utility bills in order to get around Virginia's relatively strict voter identification laws.

In the mean time, I got a response to my email yesterday to the Arlington County Board of Elections, wherein I expressed my concern over the Moran video tape. The Election Board person wrote me back to say, among other things, that if I am not comfortable accepting approved IDs, I should not work the polls. And I can take up my concerns with the General Assembly responsible for VA laws. Not a word acknowledging that voter fraud is being investigated and my concerns are legitimate. I wrote back to assure her that I will absolutely be at my assigned precinct on November 6 and that I will certainly follow up on my concerns with the Virginia General Assembly.

Posted by Informed Catholic Voter at 11:17 AM