Ballston Bomber - Is He a Muslim?


Last week a story that barely made the national news occurred right here in my back yard. Well, a few miles from it any way. A man named Leon Traille tried to fire bomb a shopping mall where my family and I have frequented to see movies and go shopping. Luckily the Molotov cocktail that the man threw from an upper balcony did not ignite and did not harm anyone. He was captured a short distance from the Ballston Mall where he was sitting at a table eating lunch.

That story is troubling because the man will not speak or respond to questions. No determination has been made as to his motive. But there are some eerie comparisons that are unmistakable.


Remember this guy? He was the Fort Hood shooter who was clean shaven before he shot and killed 13 people on the Texas Army base in 2009. When he was arrested and incarcerated, he suddenly decided that his Islamic faith mandated he grow his beard and refuse to cut it. He looks scraggly, and his eyes look empty inside. Compare to above Traille picture.

And how about this picture of John Allen Muhammad. He was the Beltway sniper who killed 12 people in the Washington, DC, area ten years ago this month. He was a convert to Islam in 1987, and he indoctrinated a 17 year-old teenager who acted alongside him in the murderous rampage.


Muhammad also grew out his scraggly beard while in prison. It was said that he looked empty inside when you looked into his eyes. He was executed after being convicted of one murder in Virginia. Compare to above Traille picture.

And then there was this guy. He is Richard Reid, more commonly known as the Shoe Bomber. He was convicted and sentenced in 2003.

And this man, a Briton named Saajid Badat, who was a co-conspirator of Richard Reid.

Now take a look at these men whose pictures appeared along with a story we saw this past weekend out of Jordan. These men were planning numerous attacks, including shopping malls in various places. Their plans were foiled and they are in custody.

Compare to above Traille picture and story.

It's time we are told the real story about the Ballston (attempted) Bomber. Naturally, nothing will come from this administration. No matter. In two weeks, this could be what Obama is heading toward. 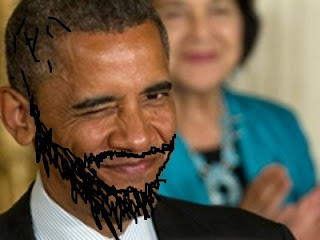