Is This Donald Trump's October Surprise? 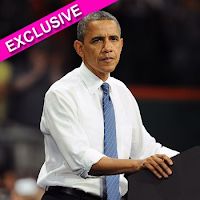 Is this article the news we have been waiting for from Donald Trump? "Trumped-Up Charges? Republicans Rejected Man’s Claims That Obama Sold Cocaine In College". It alleges that Obama used and sold cocaine during his college years. That could help explain how he financed his college education. And it would explain some of those times when he has appeared to be brain dead. Like the first debate a few weeks ago.

The person making the allegation about Obama using and selling cocaine went to the Romney campaign and offered to let them to release the information, but they refused.

So, is the "trumped up" reference indicating that this is the bombshell that The Donald will be divulging tomorrow? He is not mentioned in the story, so maybe not.