Today was the first of August, and it marks the winding down of summer vacation. But it was far from the end -- it was the beginning of the Awakening. Conservative Americans began to come back to come back to life today, and it was a sight to behold. What I saw this morning and afternoon renewed my hope that Americans will come out in full force in less than 100 days to take back our country and begin the restoration of sanity to America.

Here was the scene at a Chick-fil-A in Anytown America where my family and I went for lunch today. It was Chick-fil-A Appreciation Day, so we joined thousands of others who turned out to support the business that is being demonized by Rahm Emmanuel, the mayor of Boston, a NYC Council spokeswoman and other bigoted, close-minded officials who think it is perfectly okay to impose their beliefs on the rest of us while hypocritically blasting anyone who expresses a traditional, normal, God-fearing belief. Here are some of the scenes from our visit to Chick-fil-A today. 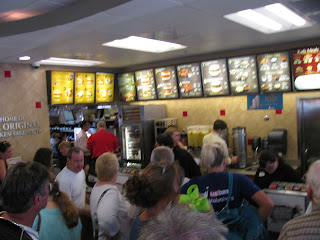 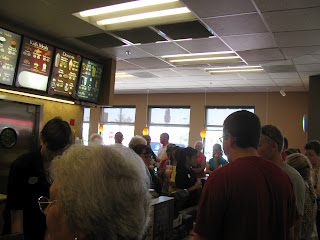 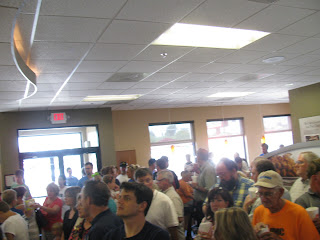 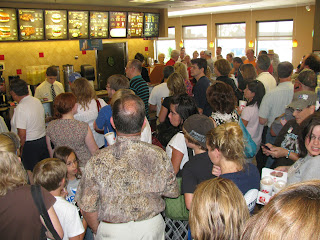 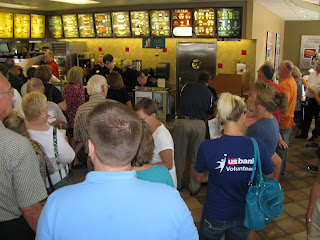 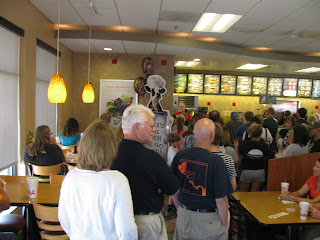 The drive through was just as busy as the inside lobby, where table-space was scarce and spirits were high. One man waiting in the drive through line told me why he was there.


And things inside the store were calm and pleasant. People ordered, then stepped aside and allowed others to place their orders, all the while patiently waiting and chatting with their fellow CFA patrons. It was such a joy to be back among "my people" in Anytown USA, away from the liberal bastion that is northern Virginia, D.C., and Maryland.


Tomorrow evening we are going into the next state over to have senior pictures taken for our seventeen-year-old. And as luck would have it, we'll be a block away from another Chick-fil-A. So we'll be having chicken for a second day in a row -- proudly and happily.