A few days ago a story came out about a woman who gave birth to her own grandson. The headlines were meant to sound astonishing, but in this age of surrogacy it is really not that extraordinary. In fact, I thought the story was rather sweet. That's not to say I condone in vitro fertilization, which I don't. But the folks involved evidently do not have the same beliefs as I do. The kind of funny rhetorical question that this begs, naturally, is whether Angel is both mother and sister to Madden. Let's leave that question to the ethicists to debate.


The Sirois-Hebert story is one of life -- loving a child so much that you will do what it takes to bring that life into the world. Sadly, the controversy over the last month from Missouri brought on by candidate Akin's misguided comments about "legitimate rape" has brought the abortion issue front and center yet again. The Democrats are trying to make it the front and center issue in order to renew their assertion that Republicans are engaged in a war on women. What is so amusing about that is that I am a woman, and I am not at war with myself, so how can there be any logic to that premise whatsoever. But then, logic has never been a strong point for Democrats.

As a result of the Akin debacle, Missouri has become the center of the conversation on abortion.Yesterday the Susan B. Anthony List (SBA List) announced the launch of a $150,000 television ad campaign across Missouri highlighting President Obama's extreme record on abortion and featuring abortion survivor Melissa Ohden. It is a powerful message, and it needs to be played in all the swing states.

Another young abortion survivor also shares her story. Her name is Claire Culwell, and she was a twin in her mother's womb. Her story in her own words is also powerful and moving.

I did not start off this posting with the intent of focusing on abortion. Rather, I wanted to highlight LIFE. The Sirois-Hebert story was part of my inspiration. You know how it is when you start reading stories, and click after click leads you to variations on the theme. Linda Sirois does was 49 when she gave birth to her grandson. Although that may seem old, it is far from a record. This story about a woman who was age 72 when she gave birth is truly astonishing.


World's oldest mother Rajo Devi Lohan, 72 delivered a girl child named Naveen on November 28, 2008 by C-section with the help of in vitro fertilisation (IVF) treatment at a Hisar fertility centre. The septuagenarian parents said they were facing social stigma for being childless for 55 years.


I'm sure my own mother is cringing as she watches that video. She gave birth 13 times, so she knows how taxing childbirth can be on the body. Mom, if you're reading this, kudos to you!

Naturally, when I heard about the oldest woman to give birth, I wondered about the youngest mother. I did not have to look far, as there was a story a few months ago about a 9-year old Chinese girl that gave birth. That is not only astonishing, it is outrageous. But there is an even more incredible story that has been documented about a FIVE year-old girl named Lina Medina who gave birth. This is not a recent story, but rather one that occurred in 1939.


Apparently Lina had her second child in 1972, around age 38. Her first son died in 1979 at age 40. Lina herself is 78 years old today. I continue to wonder where how these people handled this situation throughout their lives. There are still many unanswered questions, and apparently they will remain that way. 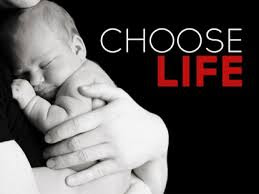 I have never given birth to a child, so I cannot speak to that experience. But I have two stepdaughters whom I love without limit. I also have helped facilitate some two dozen adoptions over the years, so I know that the love of parents for their child(ren) is immeasurable.

The bottom line for this particular post is that I have a prayer. My prayer is that more women who do not want the child they are carrying will choose life and adoption rather than death and abortion. For this I pray. Amen.