The Biggest Loser and the White House

I have tried very hard over the last four years to like Michelle Obama. Okay, maybe like is too strong. Tolerate? No, it's more than that. I think maybe appreciate is the best term to describe it. I did appreciate her appearances on the Biggest Loser in recent years. And I think that, generally speaking, the healthy eating that she strives to deliver to America's young people is a good one. As an adult, I find healthy eating to be a challenge.

So the fact that some media have pounced on Mrs. Obama for comments she made on Jay Leno's show recently is really just silly to me. She was a guest along with Gabby Douglas, the Olympic gymnast who won the all-around gymnast gold medal. When asked by Jay Leno how she celebrated her gold medal, Gabby said that she did not have much time to celebrate since there were still competitions remaining. But she admitted to eating an Egg McMuffin from McDonald's. Mrs. Obama commented that Gabby was making her job harder, a light-hearted interjection. Had she said nothing, she would undoubtedly have been called a hypocrite for not commenting.

Anyway, my point here is that Mrs. Obama can be a likable person. Her "job" (for which we have been reminded she does not get paid) as "'Nutritionist in Chief" is made harder by her husband, who seems to constantly ignore his wife's admonitions. Yesterday not only did he drink a beer at the Iowa State Fair, he bought beers for ten other people -- but expressly denied a guy with a Romney sign! 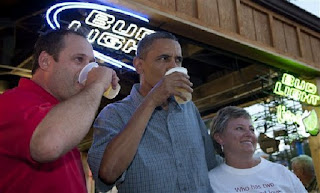 Then Mr. O went on to eat some other unrecognizable, colorful concoction at the fair. I'm not sure what it is, but looks like a two-toned brain. 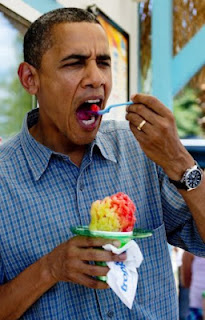 And this is not the first time we have seen Mr. O disregard his wife's appeals for healthy eating. 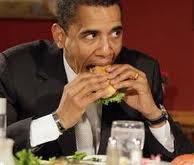 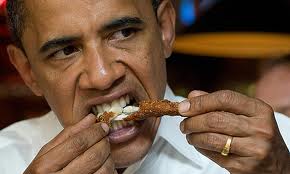 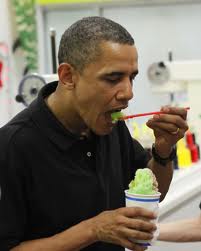 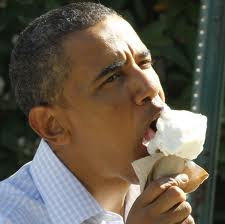 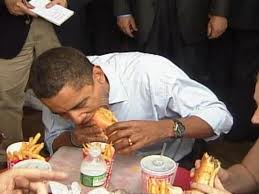 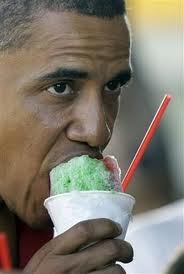 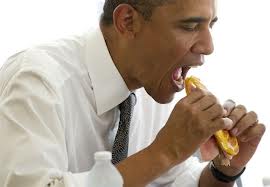 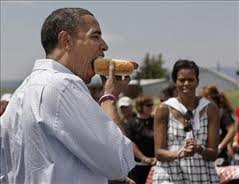 Ooooo, if looks could kill in this one! =>


So my question is, how does he stay so thin? Seems to me he's the Biggest Loser in the White House. 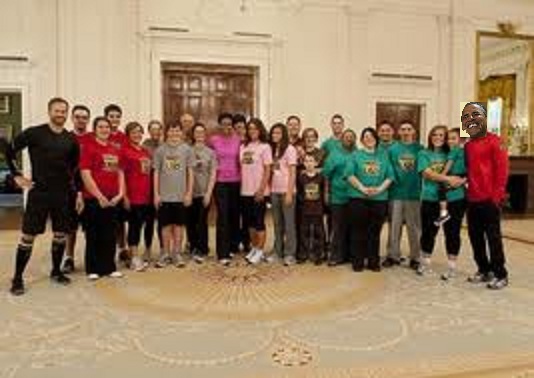 Maybe Michelle is on the wrong track with this healthy eating crusade. Maybe all it takes is a daily dose of stress to stay fit and trim.  Still, I hope Mr. O appreciates her!