It's no secret that I am not a fan of Debbie Wasserman-Schultz. (Double negative deciphered: I am not a fan of DWS.) To be blunt, after watching innumerable video postings, I conclude she is a pathological liar. Last night DWS was caught lying through her teeth. And she does not even flinch, which is why she has to be pathological.

Now, we could go back just over the last week and see DWS and the things she has said that are bogus. But I will spare you the pain of listening to her. Instead, let's look back to YESTERDAY alone.

Last night, a CNN reporter asked Schultz about the chaos surrounding the vote on the amendment of the party platform to put back in two planks that had been removed -- one on God and the other on Jerusalem as the undivided capital of Israel. I reported last night on that controversy surrounding Mayor Villaraigosa's call for 3 votes as he oversaw the delegates' vote to reinsert the planks. When the reporter interviewed DWS, she denied that there was any discord on the floor where the delegates voted. Anderson Cooper, in his own words, said DWS is living in an "alternate universe." Other panelists, including Communist Van Jones and uber-liberal David Gergen, made fun of her as well. It seems undeniable after last night''s events, that DWS is a pathological liar. Her universe is not even parallel to ours. It's perpendicular!

[Note: Cooper and DWS already tangled over DWS' lied about Republicans position on abortion denial a couple of weeks ago.]

Jump forward an hour or so last night as Schultz tried to weasel her way out of yet another lie she had made on Monday of this week. Here is the most succinct summary I have found of the second lie of the night:


The Washington Examiner reported on Tuesday that Debbie Wasserman Schultz told a training session of Jewish Democrats on Monday that Israel’s Ambassador to the United States, Michael Oren, has said that Republicans are dangerous to Israel because they criticize President Barack Obama’s record. The Democratic National Committee Chairperson, [Debbie Wasserman-Schultz] took to the airwaves Tuesday to deny that she made the statement and went even farther when she accused columnist Philip Klein of misquoting her intentionally because he worked for a conservative leaning newspaper.

So, let me recap this week's events.

Monday (Labor Day) in Charlotte: Wasserman Schultz tells a group of Democrats at the DNC that she has heard Israel's Ambassador to the U.S. say that Mitt Romney and the Republicans' are dangerous to Israel when they criticize Obama.

Tuesday 9:02 am: Washington Examiner reports on DWS' remark and quotes her from Monday's meeting.

Tuesday evening: Shepherd Smith on Fox News Channel asked DWS about her comment and the Ambassador's denial. DWS says she never said that the ambassador said that, and that the conservative newspaper had deliberately misquoted her.

Here is an explanation -- very generous to Ms. DWS -- about her despicable lies.


The answer as to why Wasserman Schultz lied about what she said can be found in the purpose of the original lie, which was to increase support amongst the Jewish community by convincing them that Obama has been, and will be, better for their community than would be GOP challenger Mitt Romney.

The lie was to convince the group she was speaking to that Obama has been good for relations between the US and Israel and that the Obama administration can be counted on to defend Israel. Wasserman Schultz invoked the name of Ambassador Oren to give her comments validity, and to subtly imply that the nation of Israel shares the view that she has advanced not only during the session, but in a recent interview with Hadassah magazine.

The second lie was to cover-up that she knowingly invoked the name of a person that has respect from the targeted group and lied about something she claims they said to lend support to her viewpoints, thus increasing her credibility.

The lies and the motivation behind them suggest that Wasserman Schultz will say whatever she believes will work in swaying voters in the direction of her party, truthful or otherwise. The audio of her comments at the training session and the video of the Fox interview reveal a person that lies with ease, thus diminishing the credibility of any statement she makes.

Were it not for the evidence of the audio tape Wasserman Schultz would still be launching false accusations and attacking the character of another, knowing all the while that she was the one lying, yet having no hesitation in assailing the character and reputation of another to advance her agenda.

Clearly the old adage is illustrated: Oh what a tangled web we weave when first we practice to deceive. 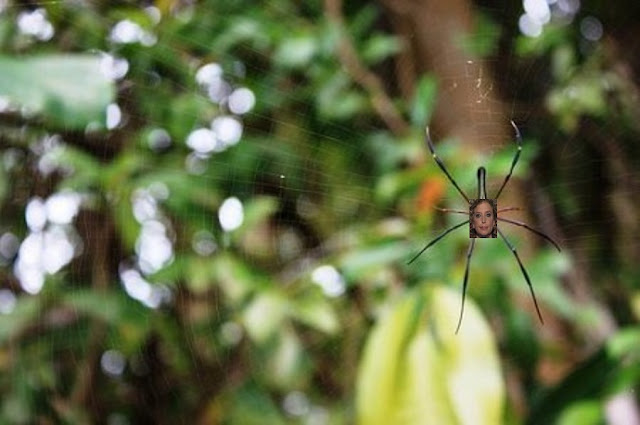