On 9/11: Despicable Act of Hate in Libya

Yesterday was the 11th anniversary of September 11. 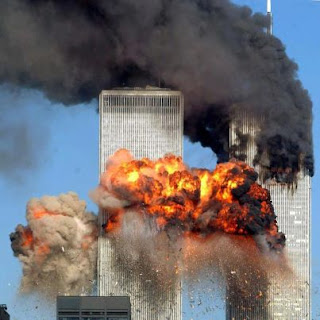 In a similarly senseless act by Muslims, the American ambassador to Libya, Chris Stevens, and three other Americans were killed yesterday in an attack on the American consulate in Benghazi. Rocket propelled grenades (RPGs) were fired into the compound, ...


... the walls were breached, and the ambassador and 3 other Americans were assassinated ...

... as they tried to escape from the consulate compound.


I offer prayers for the repose of the souls of these four Americans who lost their lives so needlessly. I also pray for the families of these Americans as they deal with the senseless tragedy.

After the attack came the looting of the U.S. Consulate by marauders.


The reported reason for the attack was that trailers for a new movie are circulating on the Internet. The movie is called The Muhammed Movie, and supposedly depicts the "Messenger"-- that is, Muhammed -- in a negative light. The movie has not even been released yet. No matter. Certain Muslims do not like what they saw in the trailers, so they went on the offensive to protect their "Messenger" and their religion. 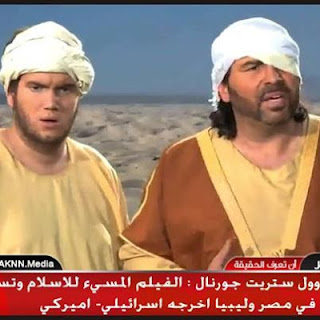 Similar protests occurred in Cairo, Egypt yesterday also, but no one died there.


President Obama came out and spoke minutes ago in the Rose Garden. He stated that those who committed these acts would be sought, and that they would be brought to justice. In fact, Obama quoted almost verbatim his predecessor, George W. Bush. Obama said "...and make no mistake, justice will be done." Turns out on October 24, 2001, George W. Bush gave a speech in Glen Burnie, Maryland, to employees of the Dixie Printing Company. As the excerpt below shows, page 49, at the end of the fifth paragraph: "And make no mistake about it, justice will be done."

If you are wondering where the pictures from the attack on the U.S. Libyan Consulate came from, the Facebook page from news station AKNN posted them.
Posted by Informed Catholic Voter at 11:27 AM