You probably have heard that the teachers in Chicago went on strike yesterday. This photo is a classic, and it should be the public face of the protesters. 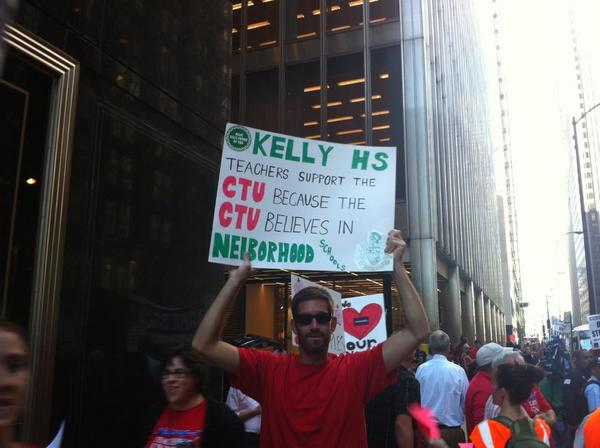 The average American’s year salary is about $51,000, down $4,000 since the Obama reign of terror began. A Chicago public school teacher who doesn’t even work all year makes an average of $71,000 per year ($20,000 more than the average American plus benefits), and they wouldn’t accept a 16% pay raise.

Mayor Rahm Emmanuel should simply post this photo on every screen and billboard across the city. And then he should SLASH all teacher salaries by 16%.