Where to begin in looking back at the last night of the DNC. It was sort of like an excursion to many different fantasy-lands (Neverland, Oz, Utopia, Nirvana), with a side-trip to a high school pep-rally. Let's start with the pep rally from the dark side.

Now, I don't know much about Jennifer Granholm beyond the following. 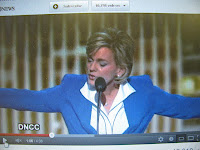 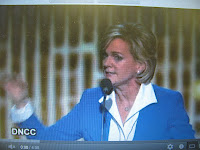 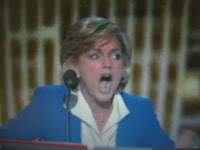 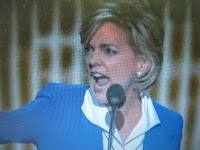 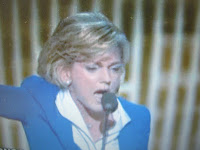 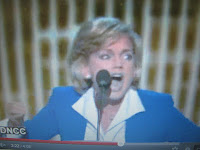 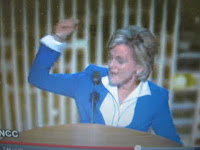 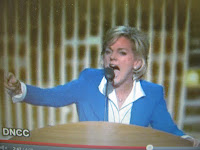 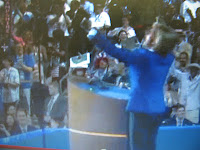 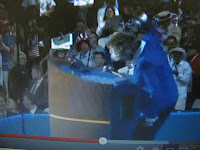 Can you say "aneurysm"? The crowd went wild. I think it was the wild animal effect. You know how people cheer when they see a wild animal trained to do tricks. If that's #Granholming, then she is right at home in her party.

So, here is the video of Granholm last night, mercifully edited down to only 4 minutes (or your head probably would explode).

Lastly, when I heard Granholm's speech from last night, I was reminded of Howard Dean's famous squeal in 2004 in Iowa when he LOST the caucus. Someone beat me to the draw, and put together this hilarious video below. It puts Granholm's lunacy into context. Years (months/days) from now her rantings will be the stuff that jokes are made of!