I am not a FONZ, but even if I was, I would not be all bent out of shape over the events of the past week.

FONZ stands for Friend Of the National Zoo. They and millions of others throughout the world have been excitedly watching the National Zoo's panda cam over the last week. That's because last Sunday, the Giant Panda Mei Xiang gave birth to a baby.

﻿ Over the many years that I have lived in the Washington, D.C. area, there has always been much ado about pandas. The Chinese loan the adult giant pandas to the Zoo for a certain number of years, and then we have to send them home to China again when their time is up. At one point a number of years ago there were two panda babies born here, and they lived here for a few years before they were sent back to the "mother land."

Then the news came out this morning that the panda baby had died.

My first thought when I saw all the stories and the grieving over this 100 gram panda baby was that I wish people would pay that much attention to the human babies that die every day from abortion. Then I spotted this comment to an ABC news story on Yahoo!

At least the cub wasn't aborted, it actually lived a week.


"They wouldn't abort the cub since Pandas are an endangered species. Humans, however, are not."

God in Heaven, please send your Spirit on April and the two who "liked" her comment. It is a truly sad statement when a woman says that it is all right to kill a human baby since humans are not an endangered species. Saddest of all is that April's comment probably makes sense to millions of women -- and men -- who are of the same mindset.

Is this what we have come to in this country? Is being on the brink of extinction what it will take before abortion advocates finally come around to wanting to protect and save human life at all stages?

As a friend pointed out recently, if there is anything good about the support that liberals have for abortion it is that they will some day abort themselves out of existence. When they get to the point that they are an endangered species, maybe then they will see the error of their ways. I hope by then it is too late. Extinction can be a good thing. The first dodos went that route. It's time for the second batch to follow suit. 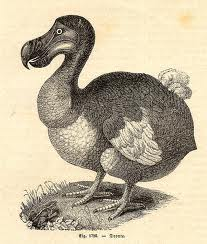