Mayor Cory Booker of Newark, New Jersey, had better tread lightly for the next two days. He has already had two of his three strikes at the Democrat National Convention in Charlotte. One more and he may be OUT!

Booker's first strike came this morning when it was discovered that the full-page ad he posted in the program book for the Democrat National Convention contains a misspelling. But it's not just any misspelling. It is the misspelling of the name "Barak," as in "Barack Obama." Maybe he forgot to look. 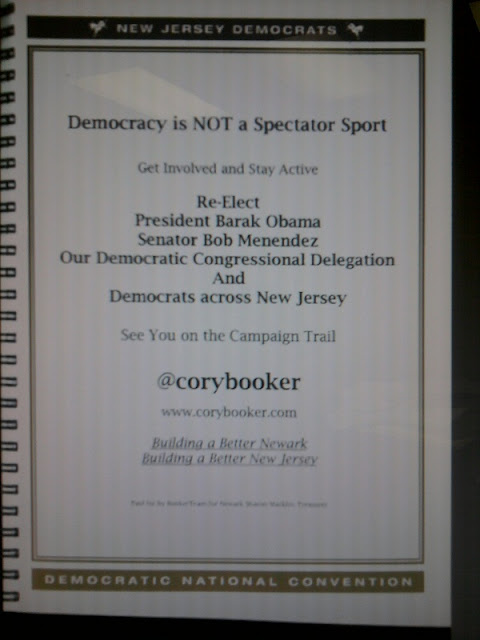 Yes, strike one is a bit embarrassing.  And strike two is a bit embarrassing also, as Booker reportedly tripped on the curb as he was entering a hotel this morning to address the Florida delegates to the DNC. Maybe he forgot to look. Booker delivered the speech on one-leg, then sought medical attention to ease his "throbbing pain."

So Booker has to be on the look out for strike three. He could get tripped up again in delivering the nominating speech for Barak on Thursday. Maybe he'll forget to look - forward. But then again, delivering that speech will most certainly qualify as strike three.

Booker, you're OUT! You could join Artur Davis, who nominated Barak Obama at the 2008 DNC, and come over from the dark side to the right side. We'll look out for you....