Those of us who are over the age of forty probably remember the moving, emotional scene from that classic movie called "The Jerk." You know, where Steve Martin's character is leaving his wife, and he says he doesn't need anything when he leaves. Remember?

That scene is the perfect depiction of how Democrats function when it comes to cutting the deficit in this country. Just a few days ago the USA Today reported that the budget deficit will top $1,ooo,ooo,ooo,ooo for the fourth straight year (2009, 2010, 2011, 2012 - guess who was president in ALL FOUR of these years?).

So while the GOP tries to do something about it, the Ryan budget plan was lambasted last week by Democrats even though it was a huge first step toward getting a grip on the spending. The Dems even attacked Ryan's understanding of his religious faith as being an underlying factor for the budget cuts he proposed. Apparently he is not allowed to have an understanding of his faith that differs from the liberal lobbyists and elite college professors who call Ryan's beliefs "distorted" and "immoral." It is maddening to see the pot calling the kettle black. 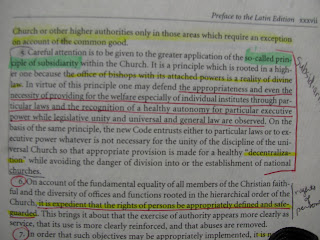 The word hypocrite keeps coming to mind with many of these Catholics who seek to impose their liberal views of "social justice" upon the People of God. Remarkably, these liberals suddenly call upon the bishops' conference to back their opinion after opposing the bishops on health care mandates and abortion in recent months.

An AP story this afternoon cynically reports, "Republicans controlling the House are eying big cuts to food stamps and would make it more difficult for illegal immigrants to claim child tax credits as they piece together legislation to cut $261 billion in the coming decade."  This is a MUCH NEEDED cut to food stamps, as this Mr. EBT-rapper viral video illustrates. Obama cannot offer a workable budget himself, so all he can do is sling mud and ridicule at Ryan and the GOP, calling the Ryan budget "laughable," "a Trojan horse," and "social Darwinism." Once again, we have the liberal pot calling the conservative kettle black. But he can offer nothing to tackle the deficit crisis that he has inflicted upon our country.


So the Dems are having none of it when it comes to letting things go for the good of the nation and our way of life. They are like Navin as he decides (half-heartedly) to leave his wife. He says he doesn't need anything. Then, as he leaves, he keeps adding to his stash: the ash tray, a paddle game, the remote control, matches, the lamp, the chair, etc. 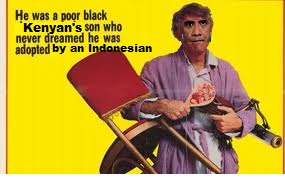 Likewise the Dems, who offer lip service to their budget deficit intentions, cannot give up the goods either. "All I need is these food stamps. And this payroll tax cut. I don't need anything else. Except these birth control and sterilization payments. These food stamps, and the payroll tax cuts, and the birth control and sterilization payments, and I don't need nothing else. Except this unemployment insurance and these tax credits for illegal aliens, I need those. And these incentives for solar panels and electric cars, I really need those . . ."

And we can all hear his famous last words as he is walking out the door: “What are you looking at? What do you think I am some kind of a jerk or something?”