“I got to say to the women out there, whether you’re a Republican, a Democrat or Independent, if you’re a self-respecting human being, please vote for President Obama. And to the men who care about women, do the same thing.” -Senator Barbara Boxer, D. Cal. 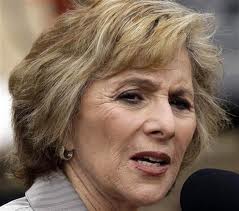 Oooooooh, okay, Senator Boxer. Since you point out that having self-respect is a catalyst for supporting Barack Obama, I guess I will vote for him in November. Not!

Apparently Ms. Boxer cannot point to any accomplishments that warrant giving a vote to Mr. Obama, so she has to fall back on some nonsensical reason that people should vote for him.
Self-respect = Obama
Obama = self-respect
I am pretty good at Math and equations, and this does not compute....

The funny thing was, when I heard her say this, I was reminded of a classic line from one of the funniest movies ever -- My Cousin Vinny. Remember the courtroom scene when Tipton is on the stand testifying about what he remembers about the morning of the shooting at the convenience store? He says he is sure of the timing because he was cooking grits. Vinny asks him if he was cooking instant grits since, according to Tipton's timeline, the two yutes supposedly went into the store, shot the clerk, and came back out while Tipton was cooking his grits. Insulted by the insinuation that he would cut corners on his culinary grit-making, Tipton responded with disdain:


"No self-respecting southerner uses instant grits.
I take pride in my grits."

Well, I got news for Ms. Boxer. I am a Kentuckian, which is considered part of the South. And no self-respectin' Southerner votes for Obama. I take pride in my country.

Lastly, have you ever noticed the resemblance between Ms. Boxer and  Mr. Tipton? 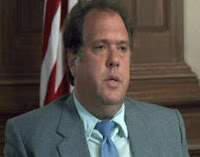 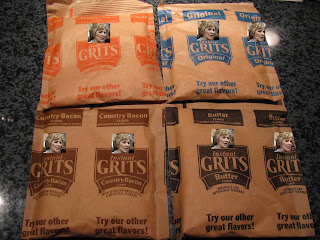