If you have not heard about Flat Stanley, he is the delightful product of the imagination of a Canadian writer. "Born" more than 40 years ago, Stanley even has an official website. The point is to take him around and show him the sites and sights. Or to see if famous people will hold him. 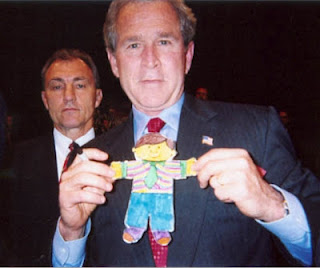 Admittedly, this is not one of the Flat Stanleys I hosted, but when I saw it on the Google images, I thought it was cool.

I first learned of the well-traveled character almost 10 years ago, when I was going to school in Ottawa, Canada. One of my friends, who also happened to be one of our professors, received a Flat Stanley from his nephew in the U.S. His Flat Stanley was close to 24 " in height and was made of paper. The project intrigued me as we traveled around the Parliament building and snapped photos of Stanley in the his native land of origin.

If I had known of such a project during the eight years that I was teaching grade school, I would have had such fun with it. After the Ottawa experience, I did not think much about Flat Stanley for about 5 years. That changed in 2009. Since then, I have been privileged to host 3 Flat Stanleys, after I moved to the D.C. area. I guess there was not much for anyone to see in Owensboro, Kentucky, where I was living before moving East.

With the help of my wonderful husband, we have shown our three Lat Stanley guests a really good time (if I do say so myself). The first one arrived in 2009, from a teacher friend of mine in Kentucky. She had her students doing the FS project, so she sent one out also. I was new to the project as a hostess, but we got some awesome photos and had fun doing it.

The key to being a good Flat Stanley host(ess) is that you have to have at least two people to really pull it off. And the second person can't be just anybody. He has to know his way around. My husband and I work well as a FSH (Flat Stanley Host) team. We have three under our belt, and with several more nieces and nephews out there, we may be doing it again in the future.  My hubby knows his way around D.C., VA, and MD, and he is more than willing to let me jump out of the van and run around snapping pictures while he drives around waiting for me to call for the pick up.

Sometimes I hear the Mission Impossible music in my brain when we are out running around with FS. I see a map of D.C. in my brain, and I trace our route on it as we speed from location to location, trying to give FS as wide a taste of D.C. as we can. Just yesterday,  we drove from northwest D.C. to northeast, then to southeast, and then southwest. Then back to Virginia to finish up our quest.

There were a lot of memorable moments during the day. My two favorites are posted below. Yes, this is my niece's Flat Stanley, and I took the pictures myself. So, my thanks to the folks who are willing to make a child's life a little brighter by posing with Flat Stanley. I am making a booklet for my niece, and will fill it up with all the memories!


Posted by Informed Catholic Voter at 12:36 AM