Yes, Kentucky has a Dixie Chick, too...

Ashley Judd was recently in the news because speculation was rampant that she had had work done on her larger, swollen, puffy, chubby, bloated, old face. 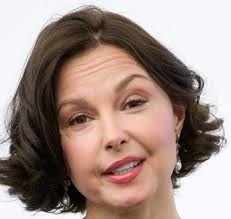 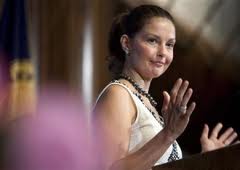 What? Does that sound mean? Well, if she can dish it out, she surely must be tough enough to take it. She was disgruntled over the fact that people said she looked fat. She wanted sympathy. But boy, the girl can sling some mud of her own! What's the opposite of misogynistic?

This little video is another reason that—in the words of another famous Dixie Chick—I am ashamed that she is from Texas Kentucky! (Video is entitled Rick Santorum Aborts Presidential Campaign). Here is what the caption or byline or whatever it is called reads: "There are a few things Rick Santorum should keep in mind before terminating his candidacy. Ashley Judd, Michelle Trachtenberg, Katy Mixon, and Eliza Coupe weigh in."

First of all, I don’t even know who these last three women are. Second of all, they sure think they are special! Third, this video is so obnoxious! It’s not FUNNY, so don’t say, “It’s a joke,” the way so many Lefties do (okay, sometimes I do think John Stewart is funny – so sue me!). I want to throw up my hands up and scream at these feminazi liberals (redundancy, I know)! “Live Free or Die”? Fine by me if these ladies choose the latter – for themselves, not the unborn babies that I hope they never are blessed with!


Now, this video from the same website would be funny -- if it was true! [It’s a joke – Funny or Die is the name of the website!]