The next First Lady - Ann Romney!

Ann Romney was at CPAC last year. She introduced her husband as "the next President of the United States." I could see the pride she has in her husband and her five sons as she talked about what they mean to her.

That is why I am so proud of the way people from both political parties have rallied around Mrs. Romney in the last couple days after the liberal Obamaphile strategist, Hilary Rosen, said on CNN's Anderson Cooper 360 that Mrs. Romney "has never worked a day in her life" since she stayed home to take care of her five sons. Only after Ms. Rosen was justly and rightfully rebuked did she offer a half-hearted apology for her snide remarks. And that was after she initially refused to apologize. When her band of liberal cronies did not have her back (read threw her under the media bus), she finally recanted.

So, I think Liberals would agree - one Hillary is enough! Time for Hilary with one L to go. (L stands for Loser in this case!) It's not too soon for another white First Lady. Buh-bye, Hilary! 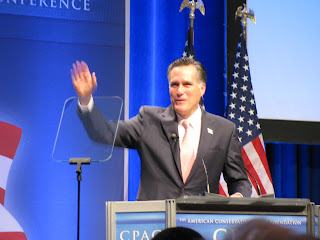