A friend of mine lives a few miles away, in Alexandria, Virginia. She is a faithful Conservative, and earlier today she contacted me with a bit of wonderment to say that she was out driving around in her neighborhood, which is a bastion of liberalism, and she was amazed to have spotted FOUR signs that said "Fire Obama" on them. She speculated on how long they would last. Well, her instincts were right. A couple of hours ago she texted me with a photo of the lone surviving sign: 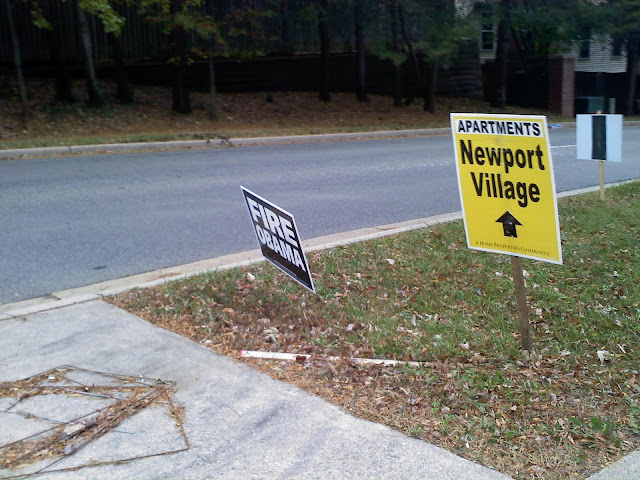 But an hour ago she texted me:


this was the last one to go,  it was further away from the rest and slightly hidden,  saw 4 at 3[:00] and less than 15 minutes later 3 were gone...only wires remained...saw last 1 at 415 but gone 2hours later...freedomworksforamerica...plan to check out their trashcans at 5 am tomorrow...i will put one in my window!

I hope she finds the stolen signs nearby. I also wish there were hidden video cameras trained on those spots. Obama's followers do not believe in freedom of speech.  Instead, they believe that you have to eliminate all those who do not believe as you do.

I am proud to be a Romney/Ryan supporter. The only way America will survive in a recognizable fashion is if we defeat the socialists who are currently in power. 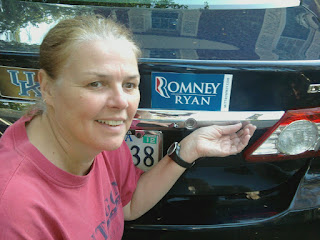