March 30 and the Twilight Zone

This Friday, March 30, will mark two noteworthy occasions for me.

First, my older stepdaughter enters her final year of "childhood" as she turns 17 years old. This next year will be her final push to adulthood, and I pray daily that she lives it well and learns well from it. A year from Friday she will be an adult in the eyes of the law. She will always be a child of my heart, for when I came to know her I came to know a very special kind of love. God, bless her and hold her in the palm of Your hand.

Second, March 30, 2012, will be the second anniversary of a terrible tragedy. Several young people were gunned down on a D.C. street as they stood around talking and remembering a friend who had been buried hours earlier that day after he was gunned down a week prior. The trial of the defendants started last month. What makes this memorable for me is that one of the victims, Brishell Jones, was the daughter of my former co-worker, Nardyne Jefferies. When I first started my current job, Nardyne was one of our five-person staff. She had a knack for making us laugh, and she loved her daughter without measure. Brishell's funeral was one of the saddest I have ever attended, but it also showed me the outpouring of love that a community shows for its fallen young people.

Yes, there was community outrage over the tragic and senseless loss of innocent life. But I had the utmost respect for Nardyne and Bri's father for letting the facts come to light and not unnecessarily blaming everyone and everything in society. The trial will render justice -- I believe that wholeheartedly.

This week an equally sad tragedy has begun to gain attention in Florida and throughout the country, even though it occurred in February. Sadly, this one is not playing out with the same respect for the legal system and the search for truth. It is the sad case of Tayvon Martin and George Zimmerman that happened in February. What is undisputed is that Zimmerman shot Martin. What IS disputed is the detail with regard to  what led up to the shooting. What is not in dispute (to those who are paying attention with an open mind) is that various entities are jumping into the fray to try to spin things to their benefit point of view. For instance:

Local Floridians ransack a Walgreens in the name of Tayvon.

Obama gets his two cents in and says if he had a son he would like like Tayvon.

Obama's minions peddle hooded sweatshirts in support of OBAMA, since Martin was wearing a
hoodie when he was killed.

Other black stars wear hoodies in solidarity with Martin.

A Democrat Congressman gets booted from the House floor for wearing a hoodie.

Jesse Jackson and Al Sharpton try to make themselves relevant. (Links too numerous to choose just one.) 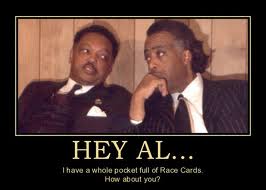 Just as bad, the mainstream media keeps publishing pictures of Martin when he was a little boy instead of the 17-year-old  that he was. (Geez, my almost-17-year-old stepdaughter looks a LOT different now than she did at 13 or 14!) Choosing a photo of a much younger victim is reflective of the image of the victim that the media intends to portray --more sympathetic than a current photo of him as a young adult man might evoke. 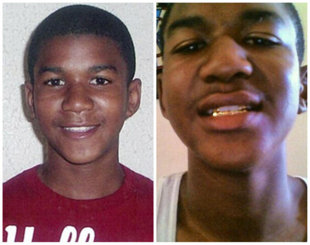 Only after Zimmerman is trashed, judged, and convicted in the court of liberal public opinion does the media finally report the truth -- that George was beaten by Tayvon and quite possibly (likely?) shot him in self-defense. In cases where such a rush to judgment occurs, we should remember these 3 words: Duke lacrosse case.

Rev. C.L. Bryant had it right when he set CNN's Roland Martin straight in the issue. The media and other wanna-be-in-the spotlight types need to focus on the REAL problem in America, which is black-on-black killing. The statistics in that CNN video are shocking - 52% of all homicide victims in the U.S. are black, and 93% of those victims are killed by people of their OWN RACE. So, why was there no outrage of the Tayvon Martin magnitude when Brishell Jones and the other innocent victims died two years ago on the streets of D.C. at the hands of other people of color? The tragedy is that there are not enough brave men like C.L. Bryant who will step up and tell the truth, and there are too many haters like Roland Martin and Jesse Jackson and Al Sharpton who blow smoke and shine mirrors to obfuscate the real problem.

This Martin-Zimmerman case will not go quietly into that good night. Sadly, we will have to listen to irrelevant people weigh in with their irrelevant opinions for months and years to come. Zimmerman will have trouble getting a fair trial since clueless people decided that their interests were more important than justice. This case proves that we are a divided nation.

And so that brings me to this evening. After a simple soup and sandwich meal, our 13-year-old asked her dad and me to listen to her practice her part in a play that her class is reading aloud tomorrow. She is excited to have been selected to be the narrator. I listened as she read the narrator parts, skipping over all the other (irrelevant) parts. I gave her a few suggestions and was able to remain unemotional for the most part. But (there is always a "but") when she got to the finale, I made her read it again, and then once more. Then I took her book and typed the end of the play here. Imagine Rod Serling saying it. . . .

"The tools of conquest do not necessarily come with bombs and fallout. There are weapons that are simply thoughts, attitudes, prejudices--to be found only in the minds of men. For the record, prejudices can kill and suspicion can destroy and a thoughtless frightened search for a scapegoat has a fallout all its own for the children . . . and the children yet unborn. And the pity of it is  . . . that these things cannot be confined to . . . The Twilight Zone!"
Conclusion of "The Monsters Are Due on Maple Street," a play by Rod Serling, original broadcast date March 4, 1960, Episode 22, Season 1.

(Un?)Fortunately, we are not living in the Twilight Zone. We are in a war zone. I just hope and pray that when November 2012 arrives, this country stops trying to live in the liberal fantasy-land and chooses AMERICA instead of the country that has come to look more and more like "The Twilight Zone."