Since I am blogging about movies, this is one to see this summer when it comes out. It's called simply "2016." The author of the book that the movie is based on, Dinesh D'Souza, spoke at CPAC in February. 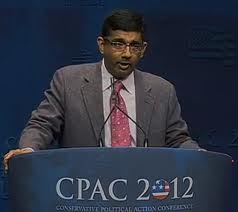 At CPAC they showed a trailer of the movie version of his book. D'Souza warns that if Obama gets a second term, he will be unconstrained for the next four years. We saw that warning amplified this week in Obama's conspiratorial comments to Medvedev, which incident I blogged about earlier this week. The movie is a prediction of what the U.S. will look like at the end of a second term if we let that happen.

Watch for the movie's release date, and plan to see it. Take everyone you love with you, especially those who plan to vote in November. 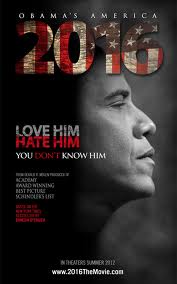