The House just voted to repeal PPACA. Woohoo.  It was bipartisan. Woohoo.

So what if it will go nowhere in the Senate. The Democrats will now have to defend the biggest tax hike in the history of the world. It doesn't matter that Maxine Waters and Charlie Rangel and Harry Reid and President Obama say the mandate is not a tax.

Chief Justice Roberts and the the liberals who concurred say it is. 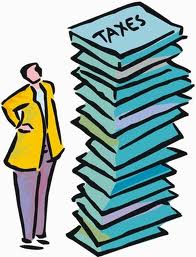 Email ThisBlogThis!Share to TwitterShare to FacebookShare to Pinterest
Labels: PPACA repealed by house