A Tale of Two Awakenings

Here are two stories that you will not see widely publicized in the mainstream media, even at the local level.

First is that of Jo Ann Nardelli, a Pennsylvania Democrat who founded the Blair County Federation of Democratic Women and was a state committeewoman. Nardelli, a Catholic, announced last week that she would that she is switching her party affiliation from Democrat to Republican. The final straw for her was Obama's support for gay marriage. Indeed, when fellow Catholic Joe Biden came out in support of gay marriage before Obama, Nardelli was shocked. She had once given him a rosary and said she previously had related to him. 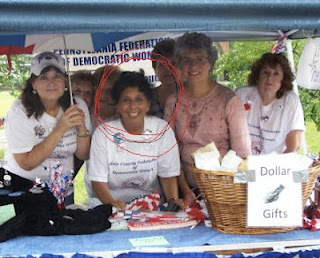 Nardelli says that her Catholic faith and beliefs are the reason she can no longer remain affiliated with the Democrat party. (The link above is to the National Catholic Register story, and is very revealing.) Here Nardelli is seen with another Democrat who says she is Catholic. 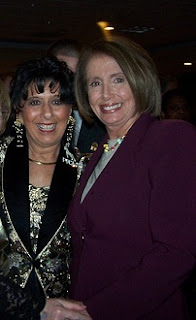 There is zero chance that Ms. Pelosi will have a metanoia and realize the error of her ways. (I have a blog post in the works that mentions Ms. Pelosi, so I won't waste more time on say any more about her here.)

The other recent story (just yesterday, in fact) that won't get any mainstream airtime is similar. It is about an African American Southern Democrat from Alabama who also has announced that he is switching his affiliation from Democrat to Republican. His name is Arthur Davis, and until a few years ago he was a U.S. Representative from Alabama. 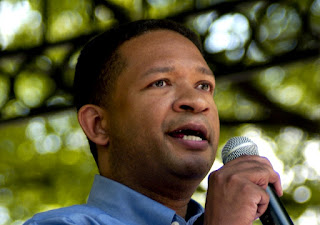 As for why he defected, Davis said, "As I told a reporter last week, this is not Bill Clinton’s Democratic Party (and he knows that even if he can’t say it)." Not only is Davis switching parties, he is also switching states, moving officially from Alabama to my adopted home state of residence, Virginia. Indeed, he is considering getting back into the political arena on a GOP ticket in the not-too-distant future. It will be interesting to see if he can infuse some sense into the hearts and souls of his old constituents and bring them over from the dark side. I plan to keep my antennae up and see what he decides to do in the political arena in my neck of the woods.


So, what do you call two political defectors in the heart of the liberal East Coast?

Grand NEW Partiers! [Got a more clever response? Enter it in the Comments!]