Is Georgetown Catholic? It's a Gut Feeling.

Ever hear people say "Is the Pope Catholic?" when their response to a question is unquestionably in the affirmative? 100 years ago, you could have said "Is Georgetown Catholic" and evoked the same sentiment. In recent decades, however, not so much.

By now you have heard that Georgetown University has invited Kathleen Sebelius, Secretary of HHS, to speak at its diploma ceremony in a few days. This video is a dramatic depiction of why this scandal continues to grow.


One student commented that the invitation to Sebelius to speak at the ceremony was a "knife in the gut." Sadly, politics now will disrupt what should be a day of celebration for ALL students. Instead, the divisiveness of this political appointee will overshadow that joy for many devoutly Catholic students at the University. It's a shame, although not at all surprising. The Sandra Fluke debacle a few months ago is another piece in the liberal puzzle that Georgetown is building. I have a gut feeling Georgetown's days as a Catholic university are numbered. . . . The Bishops' Conference has denounced the invitation.

You are invited to sign the petition to ask the university's officials to withdraw the invitation to Sebelius. Go to http://georgetownscandal.com/.

[UPDATE]
My gut feeling was right on. At least, it appears someone is taking action under canon law to have Georgetown declared to not be Catholic. It is none other than William Peter Blatty, author of The Exorcist and Georgetown University alumnus, who is disgusted with the way Georgetown has flouted the Vatican mandate in  Ex corde Ecclesiae. The story is here: http://blog.cardinalnewmansociety.org/2012/05/18/georgetown-alum-william-peter-blatty-says-canon-law-suit-our-only-hope/ and here: http://blog.cardinalnewmansociety.org/2012/05/18/exorcist-author-georgetown-alumni-preparing-canon-lawsuit/.

Oddly, a few weeks ago I was down at the Georgetown site where some of the scenes in The Exorcist were filmed. The bottom picture looks like the Flats are falling down the stairs!! 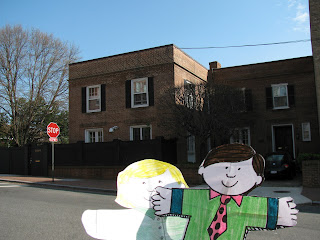 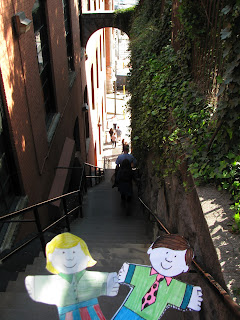