I just watched a video that brought back memories of when I was a second-semester Junior in High School. The feelings are so vivid at this very moment that I am transported to 35 years ago as if I was in a DeLorean with a flux capacitor reaching 88 mph.

In the early Spring of 1978 I made TEC (Teens Encounter Christ) #12 in Western Kentucky. This intensive, faith-fostering retreat for young adults still exists, and a team currently is preparing for TEC #167 in February of 2013.

The video that took me back to that TEC weekend nearly 35 years ago is that of a 19-year-old  teen who recently had a "come to Jesus" experience that clarified life for the youngster --- as much as it can be clarified for a 19-year-old. Moreover, a 19-year-old in Hollywood. Have you seen the stories surrounding the controversial actor over the last few days?

Let me back up a bit. Several years ago the young actress that every (parent of a) young girl was crazy about was Hannah Montana, and/or her real-life persona, Miley Cyrus. She was the epitome of wholesomeness and innocence, and mothers across the land wanted their daughter to be just like her. My husband and I even took our two girls to see a movie of a concert of Hannah Montana on a theater screen with hundreds of squealing (shrieking) girls in the audience.


Teens will be teens, is what parents and others say to excuse the naive actions of these children born with silver spoons in their mouths. Miley went from every mothers' role model for her daughter to some fathers' wet dream -- for their sons. I would not let my stepdaughters go outside to greet Ms. Cyrus if she was in our driveway begging on all fours. She has trounced the trust that parents once placed in her. I see no value in her as an artist now.

Now compare the young man who is the subject of the recent controversial videos, the first of which who took me on my trip down memory lane tonight. (My own family members should be able to guess which of my nephews he reminds me of in the first video.) The actor's name is Angus T. Jones, and he is known to people like me as that kid on the show that fired crazy Charlie Sheen last year -- thank goodness. 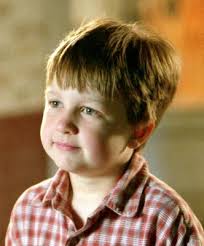 Jones started off as a cute kid, then began to appear on the wildly popular show Two and a Half Men. I have never seen the show, and I never will. But the media surrounding the show and the stars left me with a bad impression of Angus T. Jones. He has been the "half-man" on the show for about 10 years now, but is now a grown young man whose character has joined the military. Recent photos out of Hollywood show a much more mature young man. 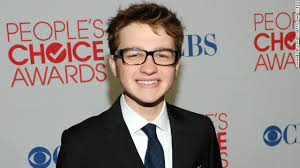 Ironically, Angus and Miley starred together in a recent episode of Two and a Half Men.

The reason I have never watched this show is spelled out by Angus T. Jones in these recently released videos. In them Jones tells about his own TEC experience last year -- his personal Teen's Encounter with Christ. This is part 1 of the interview, and it tells of his metanoia last year at Christmas time and his continued spiritual evolution into 2012. [Note: This first video is about 15 minutes long. I highly encourage you to watch this part before part 2. However, if you are pressed for time, you can skip this part where he tells of the beginning of his change of heart.]


If you only have limited time, please make sure you watch this part of the interview.

This video has become very controversial because this young man, a famous Hollywood celebrity on a popular adult sitcom, is not supposed to have morals and scruples and FAITH. Moreover, he identifies the show that pays for his food, clothing and shelter as "filth," and he tells young people not to watch it. Angus' conversion experience makes people of all political persuasions squirm in their own skin. That includes me. I am reminded of the parable of the mustard seed. Oh that my faith was the size of a mustard seed! I could move mountains -- and myself!

Naturally, because Angus T. Jones speaks of his conversion experience and his turn toward God, many of the comment-makers are uncomfortable and turn to bullying. Here are a couple of samples of some of the comments that have been posted.


If he'd send that money he made from the show to charity, it'd be respectful. Right now﻿ he's a fucking twat making a cool 300k per episode
shanon peltier

Why is that black guy advocating the Bible so much? I've never heard Two﻿ and a Half Men advocate slavery. Can't say the same for the Bible.
Ryan117S

Bullying is what you do when you have no logical argument to refute something. Haters like this can only ridicule or demean the other person because their own position is too weak to stand on its own.

I am very grateful for the strength of conviction in young Angus T. Jones. I pray that he is able to live by the standards that he has set for himself and that he stays strong in the face of the inevitable evil that will try endlessly to sway him in his resolve.

And I add a special prayer for Mariah and Shanon and Ryan. May they have their own encounters with Christ, whatever their respective ages.

Email ThisBlogThis!Share to TwitterShare to FacebookShare to Pinterest
Labels: metanoia, Miley Cyrus and Angus T Jones, Parable of the Mustard Seed, Teens Encounter Christ TEC, Three and a Half Men headed for failure