Are You John Galt?

When I finished reading the Ayn Rand novel Atlas Shrugged last year, I was so excited. Even more, I was amazed that a woman could have written that story 55 years ago, and it is so applicable to what is going on in this country today. 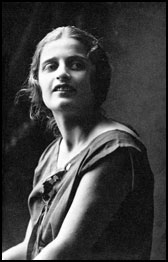 I should not be amazed, I guess. Ayn Rand was born in Russia in 1905 and lived through the Bolshevik Revolution when the Communists took over the country in 1917. She saw first hand the destruction that unbridled socialism will do to a country's economy, its culture, and the spirit of a people. Through her extensive reading at a young age, Rand saw the United Sates as a harbinger of freedom. On the premise that she was merely coming to visit relatives, she defected to the United States in 1926, at the age of 21. Her subsequent struggle to make it as a screenwriter in Hollywood is itself a story that teaches of perseverance and determination.

Last night I was compelled to watch the movie version of her book Atlas Shrugged. The movie debuted on April 15 of last year (2011), but I did not go to the theater to see it. I bought it on DVD before Christmas, but for some reason, I had not sat down to watch it until tonight. I think I was afraid that it would affect me emotionally. I was right.

Why did I decide to watch the movie last night? It was a combination of things. Here is a partial list: (1) nothing on TV that I wanted to see; (2) I got vaccine shots today in preparation to go to Haiti in 20 days, and the subject of the dire needs in Haiti came up in conversations with various people whom I encountered at Bethesda Naval; (3) Mayor Bloomberg of New York announced yesterday that he is banning the sale of soft drinks in cups larger than 16 ounces; (4) the mainstream media has ignored several HUGE stories this week  -- the 43 Catholic organizations that sued the Obama administration over the mandate that violates religious liberty, the Planned Parenthood undercover videos that show workers approving gender-based abortions, and the House yesterday failing to pass legislation that would make it illegal to perform an abortion based on gender or race. The mainstream media has essentially ignored all of these.

So last night, wanting a dose of sanity, I pulled out Atlas Shrugged and watched it on my laptop computer. Once again I was drawn into the epic story of Dagny Taggart and Hank Rearden and their interconnected struggle to save two family businesses from a government intent on making all things equal for all people. This movie was only part one of the story and book. Now I am anxious to see the second part which is currently in production.

Oddly, one of the most moving things on the movie disk was a mini-movie in the "extra" section called "I am John Galt." During production, the producers had invited people to send in a video clip of themselves stating "I am John Galt." They took all the submissions and put them into a running video, with 3 or 4 on the screen at the same time. Some sent in clips of individuals and some were in groups, all making the same basic statement. The video runs for almost 35 minutes. I was entranced as images and vices of hundreds of people flashed across the screen stating "I am John Galt." It literally gave me chills.

If you have not read the book Atlas Shrugged or seen the movie (which I strongly encourage you to do), then you will not know precisely what that phrase means. But it is a phrase that is known to "Shruggers," and it gives me comfort -- knowing that there are other people who feel the same way as I do about this country and who know that we have to do all that we can to defeat the current administration in November. Otherwise, future generations (and not that far into the future) will find themselves facing what Dagny, Hank and all the others faced -- only this time it will be for REAL.

I have extra copies of the movie. If any of my family wants to borrow one, let me know! 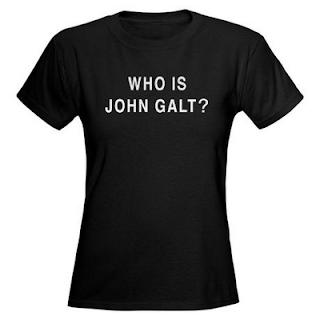 I am John Galt!