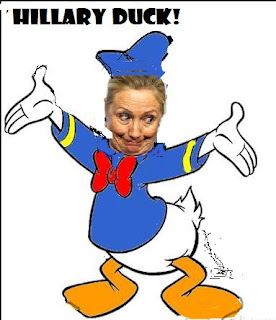 Posted by Unknown at 3:28 PM No comments:

Where would we be if Project Veritas was not out there taking risks to bring out the truth and open our eyes to the denigration that is eating away at (what is left of) our country's core values? James O'Keefe deserves a medal, but all he gets is derision.

Voter fraud and corruption are real. This past weekend there were stories circulating about the fact that sinister George Soros is linked to the company that makes the voting machines that are being used in at least 16 states two weeks from tomorrow.

Naturally there is not time to replace the machines, and the powers that be would not do it even if there was time. So the election is already rigged.

This undercover video below (shot in December of 2015) confirms what we already knew -- which is that voter fraud is not just likely, but a given. Democrat Alan Schulkin--in charge of NYC voting--states this with certainly in the video below as he is caught on tape voicing his concern!

Regarding all of the Project Veritas videos that have been released, Snopes website has done its damnedest to debunk them or prove that what is being shown is false in some way. But the videos are so well done and the facts of fraud are so well-documented the best Snopes writer Kim LaCapria can do is state that she cannot make a determination, stating:


Project Veritas' October 2016 election-related sting videos (embedded above) reveal tidbits of selectively and (likely deceptively edited) footage absent of any context in which to evaluate them. Unless his organization releases the footage in full, undertaking a fair assessment of their veracity is all but impossible.

It must have galled her to no end to have to admit that she cannot debunk the videos that O'Keefe has produced and the filth that he has exposed throughout the Hillary campaign. She even goes back and dredges up the first videos that O'Keefe did 7 years ago, and tries to assert that the Planned Parenthood videos were somehow lies. She failed then and she fails again in 2016. I can almost feel the heat coming off of her from hundreds of miles away, here in Washington, D.C.
Posted by Unknown at 11:18 AM No comments:

Brunell Donald-Kyei Tells the Truth and Will Make Your Jaw Drop!

This woman is as good as Diamond and Silk! Brunell Donald-Kyei is Donald Trump’s Diversity Council Vice Chair. This Chicago area attorney leads Trump’s minority outreach efforts. And she has been called "Donald Trump’s secret weapon!" Share this video with everyone who wants to take back our country from the liberals who have run it into the ground for the last 8 years!

If media outlets did scrap the playing of these videos out of fear of the "Hillary Administration" if she is elected, then this is one of the saddest days in American history.

The first expose video by Project Veritas is posted here on this blog. The second part, which is even more heinous, is posted below.

One of Hillary's Henchmen, Scott Foval, was fired from People for the American Way after yesterday's video aired. Not because of what he did, but because he got caught. Or maybe because he brazenly bragged, "You can fuck your mother in front of the governor, and not go to jail."

Posted by Unknown at 2:43 PM No comments: 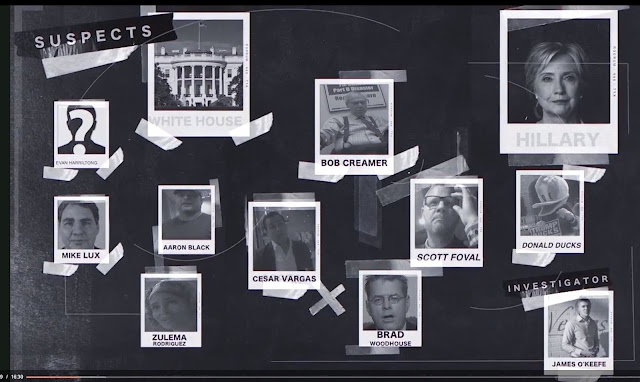